Chief among the social (as opposed to the judicial) goals of affirmative action are improving access to higher education for the disadvantaged; improving social mobility so that merit and effort rather than birth determine life outcomes; and increasing among the leadership ranks of society.

In American higher education, race has tended to serve as a proxy for all kinds of disadvantage; there has been comparatively little attention paid to individual social and economic hardship (“socioeconomic status” or “SES” for short).   Indeed, it is hard to even measure SES phenomena in higher education because colleges and universities generally make little effort to even measure the level of disadvantage of their students.  But when we look closely at what’s happening – in legal education, for example, some startling facts emerge:

–Students at “top 20” law schools are about one hundred times more likely to come from the “top tenth” of the SES distribution than from the “bottom quarter”;

–A fair amount of evidence suggests that SES diversity in legal education can be expanded substantially through fairly simple measures, and that low-SES students have strong outcomes even when they receive small admissions preferences.

The materials below introduce various aspects of SES diversity in legal education and, more broadly, in American higher education.  “Class in American Legal Education” is an overview of the problem, written as the principal essay in 2011-12 symposium published by the University of Denver Law Review.   “Listening to the Debate on Reforming Law School Admissions Preferences” reviews other contributions to the symposium and outlines practical issues in pursuing greater SES diversity.  “Experimenting with Class-Based Affirmative Action” is a 1998 essay Sander wrote on UCLA Law School’s pioneering effort to achieve SES diversity in its 1997 admissions cycle. 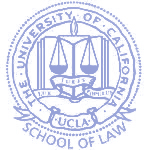